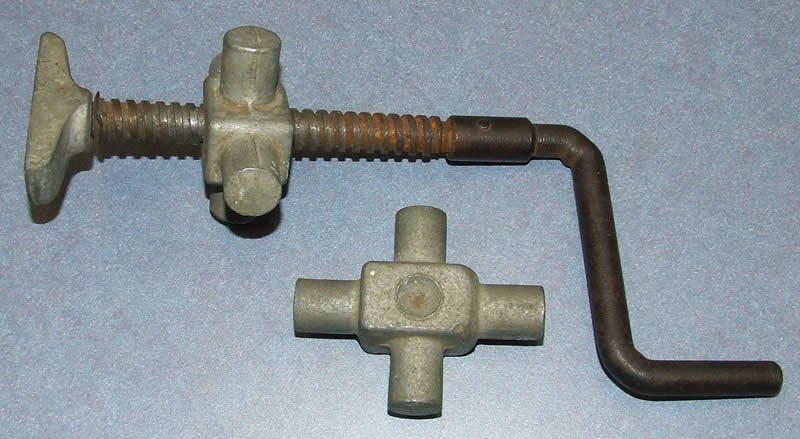 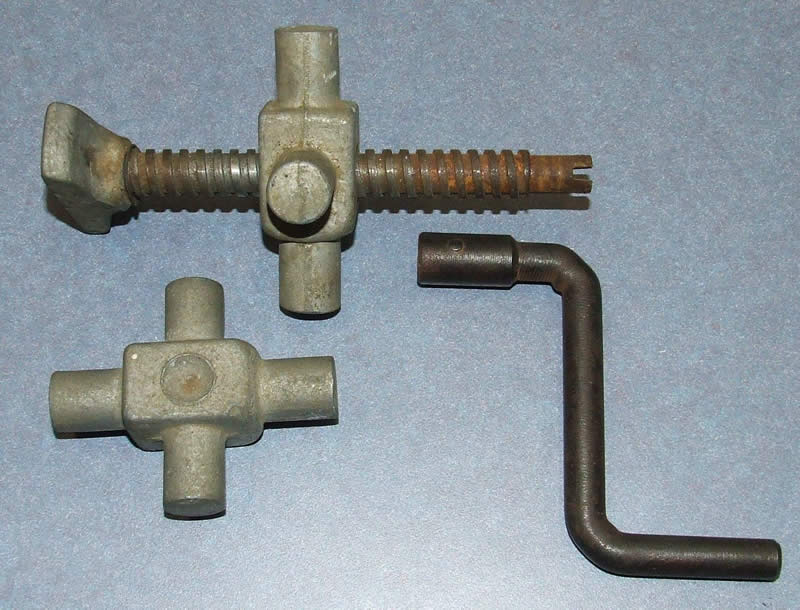 This Whatsit is thought to be a clamp or press or at least part of one. It is assumed the lugs fit into something else though why there are 4 lugs isn't obvious.

This Whatsit is from the master of unusual objects Russell Sebire who brought it along to the HTPAA display at the Draught Horse & YesterYear Festival at Mont De Lancey. Russell usually knows his odd things but this one has defied him. If you can identify it for us that would enable us to have one over Russell for a change!

Rod Vowles has advised "Looks very much like a wool bale closer I used to use as a kid. Now they are crude, all steel units. Lots of tension could be put on the flaps of the bale to give a good flat top so they transported better." Thanks Rod, Russell will be pleased to know what his treasure is. 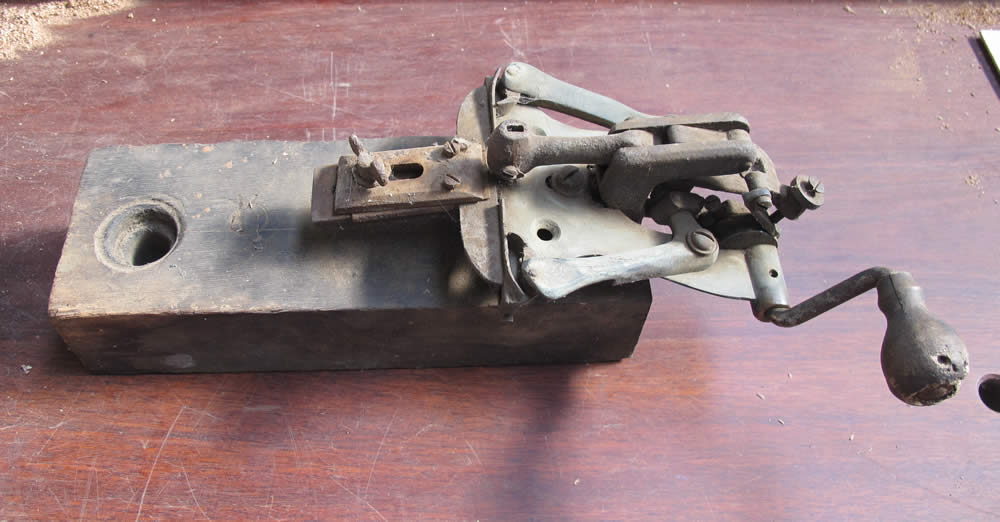 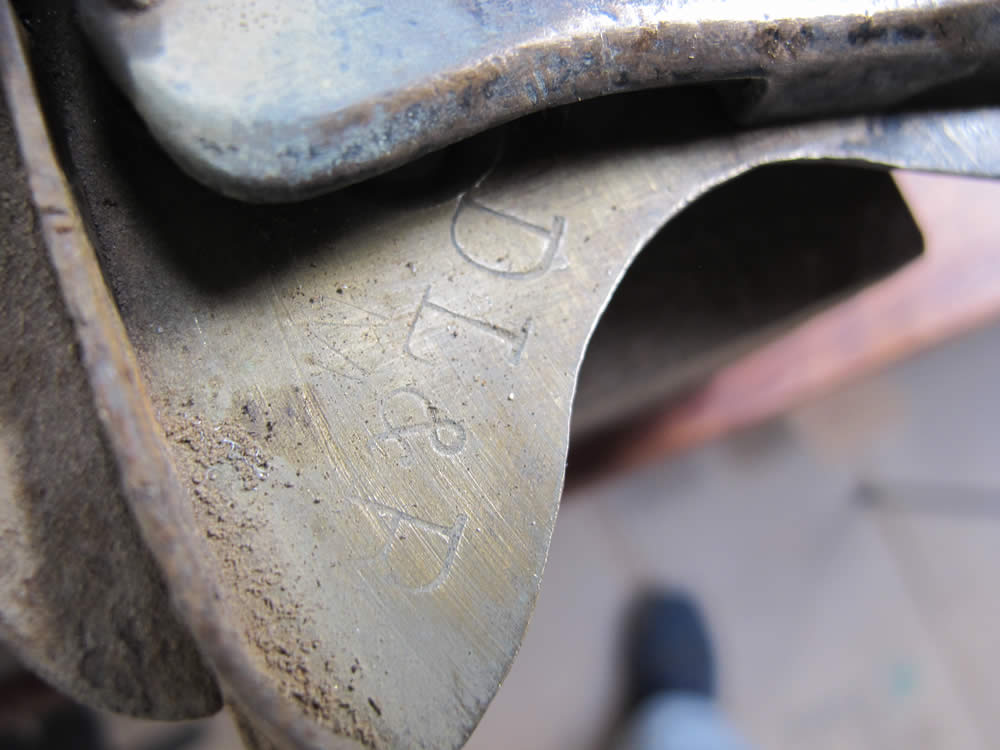 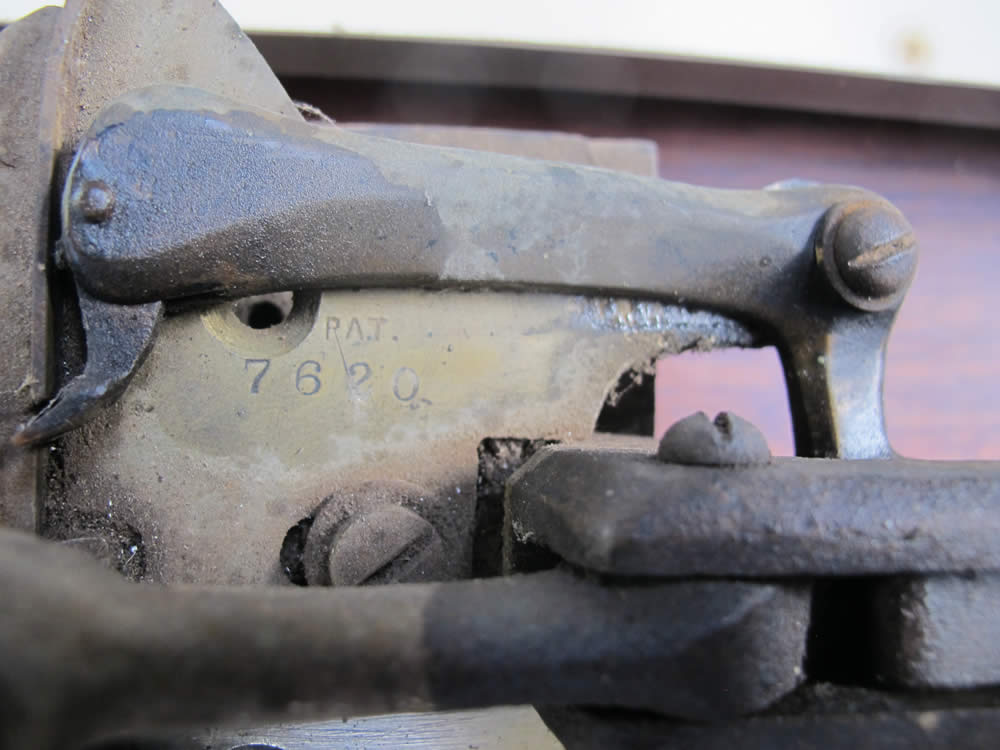 This Whatsit has been submitted by Richard Davidson who provided the following information to accompany the photos: "A hand tool that appears to be intended for holding a specimen ahead of impact by a striker. General purpose of device unknown. The tool was given to me by my late brother-in-law some years ago. He told me it had been in his father's effects when he died, but he had no idea what it was for. It is ~30 cm long by ~8 cm wide and is operated by winding the handle which turns the cam. The striker in the middle of the device rises as the two 'pincers, move inwards as if to position something on the anvil on which the striker falls as the handle is turned. This last action is spring-loaded and is quite strong.

HTPAA Member George Radion has identified this tool as a bandsaw setting machine, one of several models made by a variety of makers.